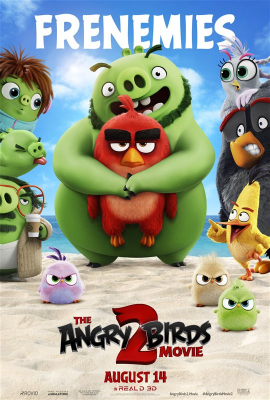 The residents of Bird Island are threatened by attacks from a third island, Eagle Island. Putting their differences aside, green pig Leonard (Bill Hader) and Red (Jason Sudeikis) agree to work together, and assemble a team of their best to infiltrate the island and stop the threat.

Bringing together old friends like Bomb (Danny McBride) and Chuck (Josh Gad), as well as newcomers like Chuck's sister Silver (Rachel Bloom), the team sets off for Eagle Island with an array of new gadgets designed by tech savvy pigs, including invisibility spray and disguises.